The Fun & Serious Game Festival wraps up its seventh edition, establishing itself as a first-rate cultural event 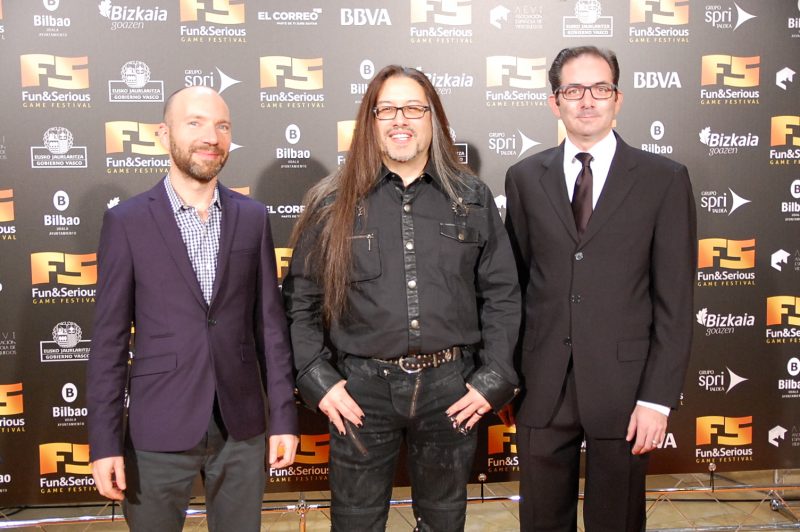 Jeff Kaplan (Avant-Garde Award), John Romero (Bizkaia Award) and Jordan Mechner (Honorary Award) are all recognized for their excellent contributions to the industry.

“F&S is exemplary in supporting, in a very caring an meaningful way, the videogames industry and its talents”, stated Kaplan

Some 35 speakers, ranging from giants of videogame history to indie talents, came together at an event that led to tens of thousands of contacts between developers, companies and creative professionals

The Fun & Serious Game Festival has brought its most entertaining attractions and business sessions to an end and concluded its seventh edition, establishing itself as a first-class cultural event: a must-attend date in every professional’s and digital entertainment fan’s diary. The Euskalduna Palace, which has welcomed more than 25,000 visitors and members of the international press, closes its doors this year after three intense days of fun, learning and inspiration: presentations of new titles, eSports tournaments, workshops, meetings, conferences, virtual reality tests, FX MakeUp demonstrations… All of these attractions concluded yesterday with the Golfa Gala, a ceremony jam-packed with awards.

Besides, The Titanium Awards, which recognize the best videogames at what is already the largest videogame festival in Europe, presented several awards to ”The Legend of Zelda: Breath of the Wild”, one of the titles that monopolized the nominations. During the award gala celebrated at the Guggenheim Museum, this title received the statuette for the Best Videogame of the Year, as well as the Best Adventure/Role-Play Title.

The great highlight of the Gala was the presentation of the Honorary Awards. Some of the figures recognized for their “landmark” contributions to the realm of culture included: John Romero (Bizkaia Award), creator of “Doom” and “Wolfenstein”; Jordan Mechner (Honorary Prize), the creator of “Prince of Persia”; and Jeff Kaplan (Avant-Garde Award), the creator of “World of Warcraft” and “Overwatch”.

“Fun and Serious is exemplary in supporting, in a very caring and meaningful way, the videogames industry and Its talents”, stated Jeff Kaplan, Blizzard’s icon during the award ceremony at Guggenheim Museum where he was honored with a Vanguardia Titanium Award.  As “overwhelmed by receiving this honor in such a magnificent space” described himself Jordan Mechner, creator of Prince of Persia. John Romero, the third creator awarded with an honorific TITANIUM yesterday, emphasized: “F&S underlines that creating games is one of the greatest art experiences. The greatest art experience that I know”

In the design section, the awards went to ”Cupheap”, (Titanium Award for Best Artistic Design); ”Super Mario Odyssey”, (Best Game Design); and ”Horizon: Zero Dawn”, (Best Narrative Design, plus Award for the Best Interpretation in Spanish). ”Hellblade, Senua’s Sacrifice” was presented with the Titanium for Best Independent Videogame, whilst ”Rime”, the project from Tequila Works, won both the Best National Development Award and the Best Soundtrack.

According to genre, the games that were most highly valued by the Festival Jury included: ”Forza Motorsport” 7, in the category of Best Sports Game; ”Wolfenstein II, the New Colossus” as Best Action Game; and ”Mario + Rabbids: Kingdom Battle” as Best Family/ Social Game. Likewise, ”Antura and the Letters”, an educational game for learning Arabic spelling, was presented with the Best Serious Game Award, whilst ”Greyfall: The Endless Dungeon” was recognized as the Best University Project.

At this seventh edition, more than 400 companies from the industry were represented, including some 30 studios as exhibitors and more than 200 indie developers as visitors. Some 35 speakers, including creative professionals, investors, researchers, and players from Spain as well as Germany, the United Kingdom, the United States, Lithuania, Poland and the Czech Republic, completed a world-class program. Some 1,700 meetings were held and almost 18,000 contacts among registered users were established within the Games Industry Forum, featuring more than 600 registered professionals via the Festival’s Matchmaking App. No less than one thousand messages were sent through this platform. At this edition, Fun & Serious featured Germany as Guest Country, the nation that boasts the largest gaming market in Europe and the fourth largest worldwide. This event fostered synergies and meetings and promoted dissemination by accrediting more than one hundred media bodies, including the foreign press. Germany alone generated 3,300 million euros in profits in the videogame sector (Newzoo, 2016) and brought together 355,000 people this June at Gamescom.

“To discuss trends or the future of videogames with undeniable talents such as Jeff Kaplan, John Romero and Jordan Mechner, along with creative professionals and studios that are creating masterpieces right now; to do this in a setting such as Bilbao, alongside institutions – the Basque Government, the Provincial Council of Biscay and Bilbao City Council – that support our vision (irrefutable at this point) of the videogame sector as a creator of culture, art and wealth; and to experience this event together with tens of thousands of gaming lovers and professionals, is a real privilege” , declared Alfonso Gómez, Head of Fun and Serious. He added: “The festival, right now, is not only a clear driver of the sector and part of a strategic plan to support the creative industry, but a must-attend event on the European cultural calendar”.

The large number of speakers, companies, journalists and visitors underscores the definitive momentum that the Fun & Serious Game Festival has acquired within the videogame industry in its role as a landmark event in Europe.

Fun & Serious is one of a kind festival that seeks to value, recognize and promote the work of this industry and raise videogames to the category of an art form such as film or music through its different events, conferences and forums. Furthermore, the Festival not only publicizes the latest releases and national and international games amongst the general public, but also promotes their creators and the people who make them possible: developers, writers, illustrators, dubbers, mock-up actors, etc. 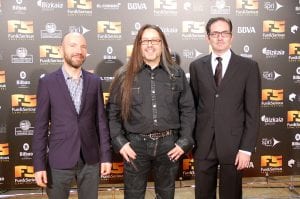